skip to main | skip to sidebar

Hanky-Panky (n. slang)
Various definitions from the Oxford English to the American Heritage Dictionaries include "questionable or underhanded activity", "sexual dalliance", "trickery, double-dealings", shenanigans", "hocus-pocus".
I like the Hanky-Panky. It's got a great backstory, mysterious etymology, association with our president (LUPEC Boston's that is, not the doofball in D.C.), and is simply a fine cocktail, back from the brink of extinction.
First of all, our own "Hanky Panky" (her LUPEC alias) has turned another year older this week, so from all of us, HP: Happy Birthday! And while she may be down in NYC engaging in first-class shenanigans, here at the blog we're spinning old records, nibbling groovy party snacks, and meditating on the origins of the following drink (whip one up & join us):
Hanky-Panky (the original, from the Savoy Cocktail Book)
2 Dashes Fernet Branca
1/2 Italian Vermouth
1/2 Dry Gin
Shake well and strain into a cocktail glass. Squeeze orange peel on top.
or, two:
Hanky-Panky (recipe courtesy of John Gertsen)

Stir and strain into a cocktail glass. Squeeze the oil from an orange peel on top.
The drink, created in the 1920's, is a variation on the original (sweet) Martini. It nicely utilizes the herbalicious Italian liqueur Fernet Branca. In spirit, it reminds me of another punchy drink with a potentially-overwhelming-but-not herbal liqueur element, the Alaska, made with Chartreuse.
According to it's word origins at mindlesscrap.com , "About 150 years ago, British master magicians used to swing handkerchiefs with one hand to keep viewers from noticing what they were doing with the other. This practice was so common that the use of a hanky came to be associated with any clandestine or sneaky activity. It's thought that since magicians used the words hocus-pocus, a rhyming word was added to give it pizzazz."
Who created the Hanky Panky? The first head barman at the famed American Bar in London, who happened to be a broad named Ada Coleman. As the story goes, "Coley", a mixologist of reputable character who could trash-talk with the best of them, invented the drink for a colorful bar regular. Coleman spoke of it herself, to a London newspaper in 1925:

"The late Charles Hawtrey ... was one of the best judges of cocktails that I knew. Some years ago, when he was overworking, he used to come into the bar and say, 'Coley, I am tired. Give me something with a bit of punch in it.' It was for him that I spent hours experimenting until I had invented a new cocktail. The next time he came in, I told him I had a new drink for him. He sipped it, and, draining the glass, he said, 'By Jove! That is the real hanky-panky!' And Hanky-Panky it has been called ever since."
Coleman worked at the American Bar at the swank Savoy Hotel from 1903-1926, during the cocktail's coming-out era in Europe. Owners renamed their establishments "American Bars" as a selling point - a way of distinguishing them from mere pubs or gin-&-tonic joints. The American craft of mixing up Sazeracs, Martinis, Ramos Gin Fizzes and the like became all the rage. Coleman's barstools saw the likes of Charlie Chaplin, Marlene Dietrich, WC Fields, Prince of Wales, and Mark Twain. I wonder if Twain was sitting at Ada's bar when he wrote: “The cheapest and easiest way to become an influential man and be looked up to by the community at large was to stand behind a bar, wear a cluster diamond pin, and sell whiskey. I am not sure but that the saloon-keeper held a shade higher rank than any other member of society.”
Bartender Harry Craddock filled Ada's role managing the bar in 1924, after he had left dry America for work abroad. In 1930, he published "The Savoy Cocktail Book", an Art Deco gem & many a bartender's Bible. In it, for the first time is the printed recipe for the Hanky-Panky.
And speaking of Bibles, check out this theory on the origin of the term hanky-panky:

"It's been plausibly suggested that hocus-pocus is a corruption of the genuine Latin words hoc est enim corpus meum, "for this is my body," spoken during the consecration of the Roman Catholic Mass when the wine and wafer are said to be transformed into the body and blood of Christ. Some experts, presumably non-Catholic, think hocus-pocus itself was then corrupted into the word hoax." (Cecil Adams, from The Straight Dope) 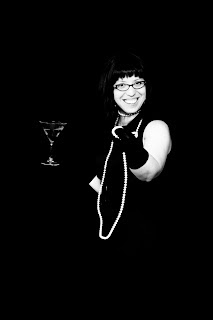 Thanks for this article on hanky panky! it killed a good 20 minutes at work! and to think... all this time i thought Hanky Panky was just underwear! 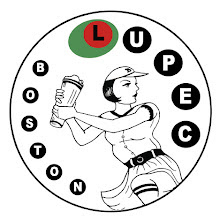 The Little Black Book of Cocktails by LUPEC Boston 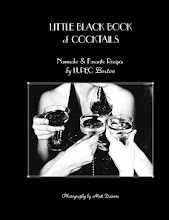 The LUPEC Boston cocktail book is on sale now! Copies are $15/each plus shipping, and all proceeds go to charity. To order yours today contact us at lupecboston@gmail.com. Or pick one up at any of the following locations:

Where to buy a copy of the Little Black Book of Cocktails.... 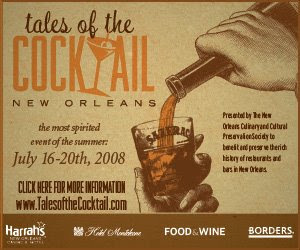 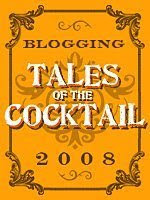 Some of our favorite places to visit...